The R/NDOM zine series was the beginning of Matt’s venture into self publishing and introduction into the world of the ‘art book’. He had experience with zine making and publishing but all within the context of DIY hardcore punk. He started the series after a friend gave him her camera. Intuitively he started making photo’s of the urban landscape, without people. The urban landscape as a post apocalyptic movie set, a metaphor of what he saw as the rapid change that cities are going through. The zine series also explored initial concepts that would be developed further in some of his book publications and installations.

R/NDOM were made in an edition of 45 copies and comprised of an A5 zine with posters, postcards and housed in a silkscreened envelope. The packaging would mimmick the punk 7″ that always felt like a present to Matt with all the extra’s like stickers, flyers etc.. Thirty issues were produced in a time span between 2015 and 2018.

Because the printer always printed more than ordered. Some are randomly collected in Collecting Random Data incl. posters and postcards and Test Press Book. 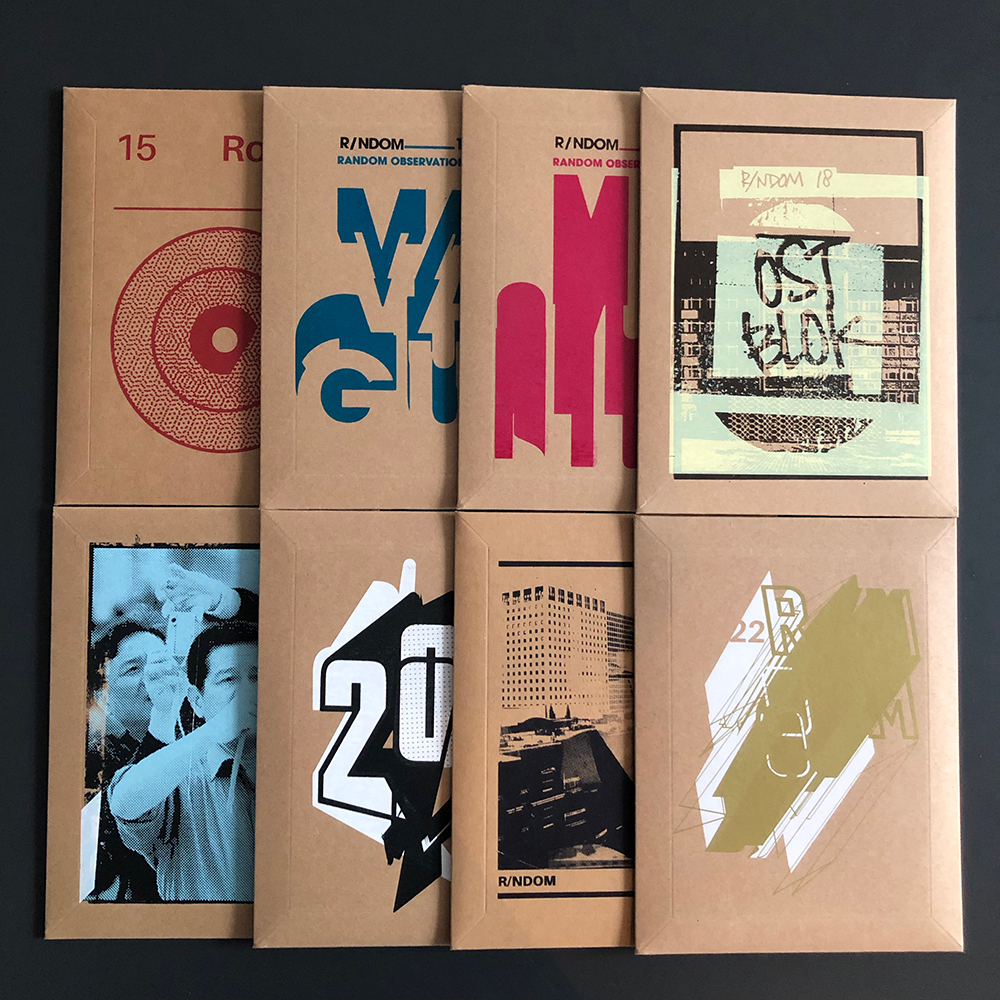 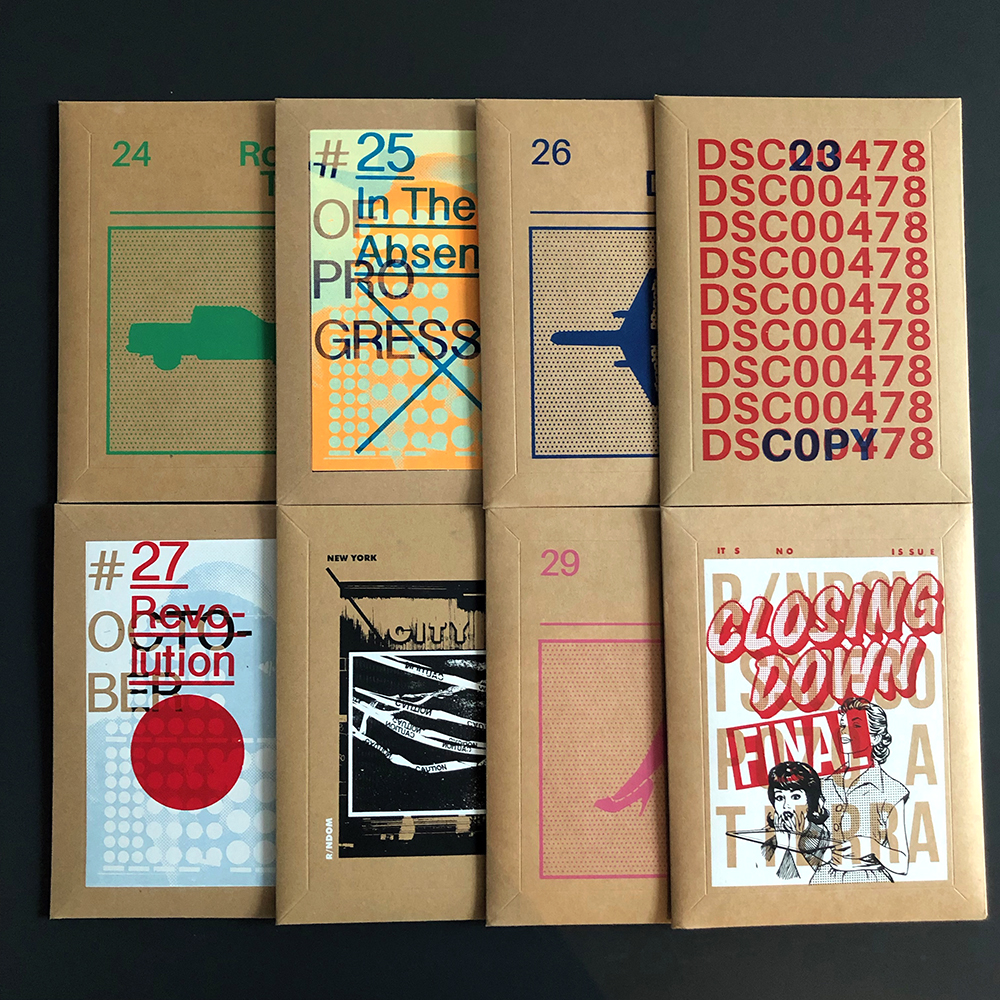 A selection of the silkscreened covers