It Is All About The Image

Fifty-seven percent of hiring managers say that qualified but unattractive candidates are likely to have a harder time landing a job, while more than half advised spending as much time and money on “making sure they look attractive” as on perfecting a résumé.

Your Master Is Calling

What is the media image? Produced at a specific time and place, it is for all intents and purposes the signifier of a subjective context made ‘tangible’ and ‘real’ – the document of an event. The question that would logically follow therefore would be: What does it mean to view the image of an event you were not present at, no less a media image that is bound up in modes of dissemination and reproduction that are as obscure as the decision making processes which ensure their global distribution – furtively laying the foundations for a transcultural memory of that which for most of its’ spectators, never directly occurred? This is a form of haunting and that is the fact of the matter that lies at the heart of the hybrid and experimental form work of  ‘It’s the Image – not the Images’.

This Photobook treats the viewer’s gaze at this image as the new dematerialised art object and in so doing, hones in on the process of deconstruction already present within the image itself. This idiosyncratic format would then be the direct response to a mainstream culture that formidably resists value, meaning and narrative whilst propelling itself forwards at breakneck speeds.

This publication experiments with the book format, consisting of four shirts in four different sizes. Questioning the meaning of the image. What narrative in being conveyed? Is the publication meant to be worn? 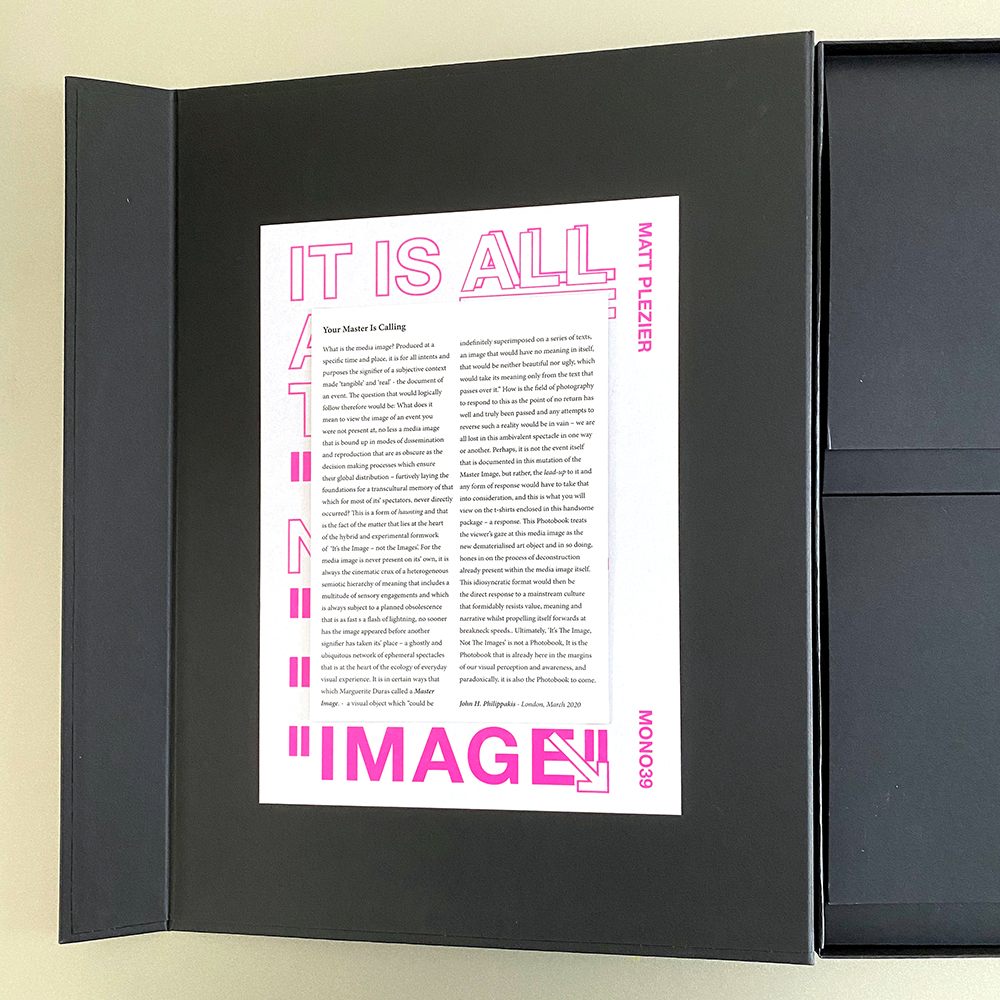